Auschwitz-Birkenau Camp is a blood-sacrificed place of over a million of innocent victims, people, who left an emptiness in the hearts of their loved ones and families . But history has not forgotten them. But there is no emptiness in our hearts. We remember them now and we will remember them forever. Todays’ National Remembrance Day of the Victims of the German Nazi Concentration and Extermination Camps reminds us about the fate of individual people, as well as about the tragic part of our fatherlands’ history. 77 years ago the first mass transport of prisoners, kept in crowded carriages, from Tarnów reached Auschwitz. Those people were members of the September Campaign, members of the resistance, political and social activists, people who were stopped while trying to cross the border and join the Polish army in France, people of various faith- including Jews, but only few survived.

All of those people should have never experienced this immense pain, that was present in this German, Nazi factory of death. They became witnesses of a methodically prepared genocide and the fall of humanity. A shocking and disgraceful operation of industrial murder, conducted in the concentration camps, has forever left a mark on world’s faith.

There will never be any justification for those hate crimes. Therefor it is so important to tell the truth about those tragic events. The history of the world hadn’t known such events before. The duty of those living today is to ensure that nothing like this happens in future.

While mourning the victims we have to remember about the courage of those, who helped the people and at the same time risked their own lives, as well as the lives of their families. It’s worth mentioning that, only in Poland, during World War II the punishment for providing help to Jews was death penalty. Due to the rule of collective responsibility, used by the German occupant, entire families and sometimes even entire local societies were victims of those repressions.

We remember with gratitude about the dedication and heroism of Poles, whose sacrifice brought back faith in the humankind. This is also remembered in the world. The fact that Poles are the biggest group of people honored with the title “Righteous among the Nations” is an example of that.

We pay homage to the heroes of those times by preserving the truth and disseminating knowledge about the past.

In this unequal battle Poles withstood the invaders in different ways, e.g. as armed partisan units or by organizing sabotage and fighting for your and our freedom on all European fronts.

They also withstood Nazis by saving prisoners. Those, who managed to flee from Auschwitz, found shelter in local farms. That is why we can’t forget about the brave residents of local towns and villages, who shared bread and hope for a better tomorrow with the prisoners. These were the nameless heroes, who actively and very often heroically stood up against the German occupants and did not accept their barbarism. They saved lives of other people standing side by side. They did not pay attention to political views, ideologies or religion. For them it was the human being, who was most important. These facts need to be highlighted because in those gloomy days there indeed were people of good will and today we want to honor them.

We learn from them and may they always be in our grateful memory. The Museum of the Righteous from Auschwitz, which will be built here, will testify about the heroes. About good and decent people. I am very pleased that also histories of concrete people, concrete families, who lived on this land, on our land, will be part of it. It is us who are responsible to remind others about who was the executioner, the victim, the hero, the torturer. We have to demand and defend the truth.

As the late president Lech Kaczyński said, while commenting World War II: “What happened in Auschwitz was organized by the former German state- The Third Reich. We have to remember it because it is not always the one who has the power, who is right. We have to draw conclusions from what happened in the past.”

We can’t allow people, who are blinded by criminal ideas, to take away the right of others to live. We remember and appeal to pass on the truth about those shocking times.

Ladies and gentleman, it is a great task for politicians, but also for all people, to never allow such horrific events like those which happened in Auschwitz and other places of execution, to happen again. In today’s turbulent times Auschwitz is a great lesson that one has to do everything possible to protect the safety and life of one’s citizens. Ladies and gentleman, I am very moved and grateful that today we can meet in this special place. On the day of 14th of June we remember the first transport of prisoners. The people who live in Oświęcim, their fate, their families, the fate of their families and also my family, and the majority of us here present are interwoven with this place. Auschwitz Birkenau is a great history lesson for the entire world. I am very pleased that today we can make the first step to commemorate all those, who lived here and who came from here. Very often they were just afraid, they were regular people. But they knew very well that there are moments when one has to help the other.

They were our grandparents, our relatives, our acquaintances. I also come from here and I am very grateful, first of all to Prime Minister Piotr Gliński, who is here with me today, for his decision to, together with the district of Oświęcim, and I would like to thank the staroste, the entire board and council, to prepare this museum so that history is complete. So that this place testifies about the enormous suffering and misfortune of those, who died here- people, who fell victim to an inhuman, barbaric regime. So that this small piece of history of those who lived here, helped and were connected in their daily life with Auschwitz Birkenau, is visible. Thank you. 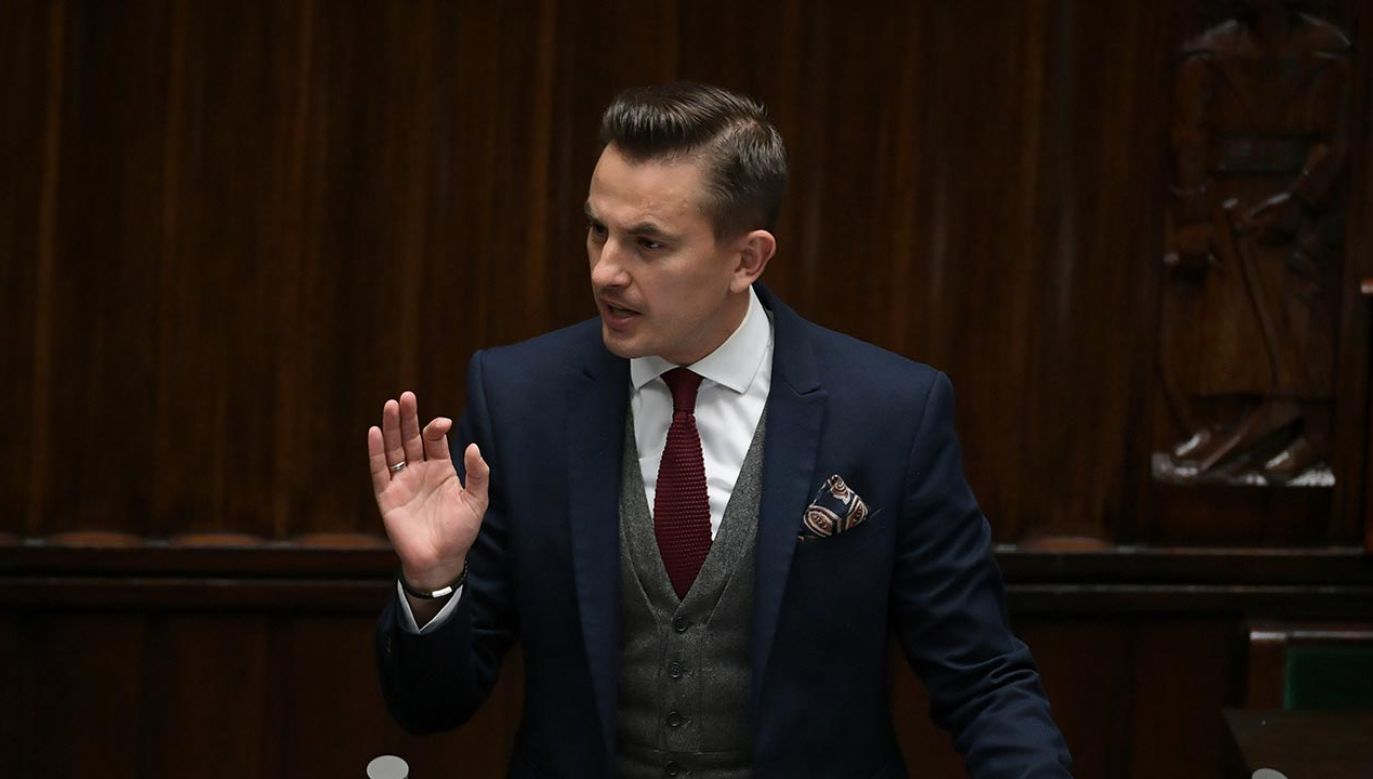 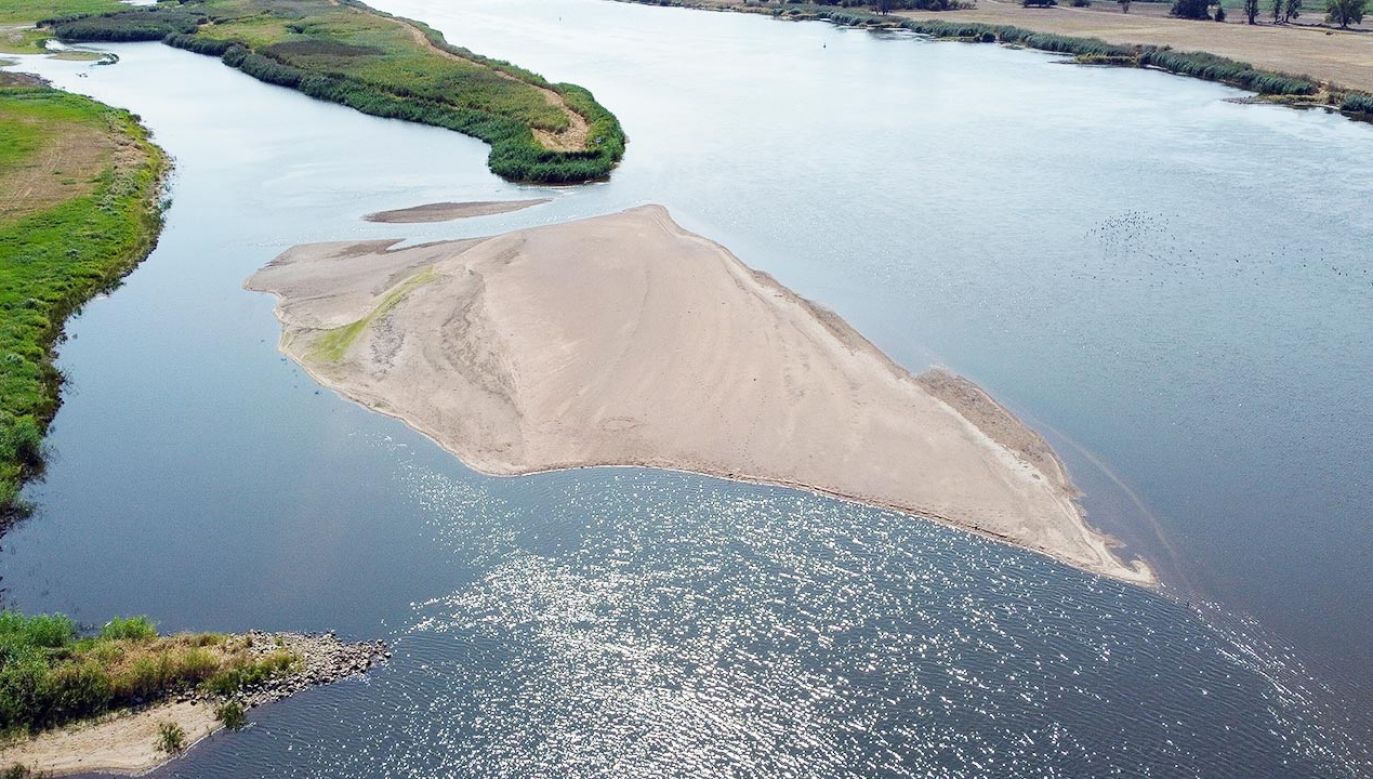 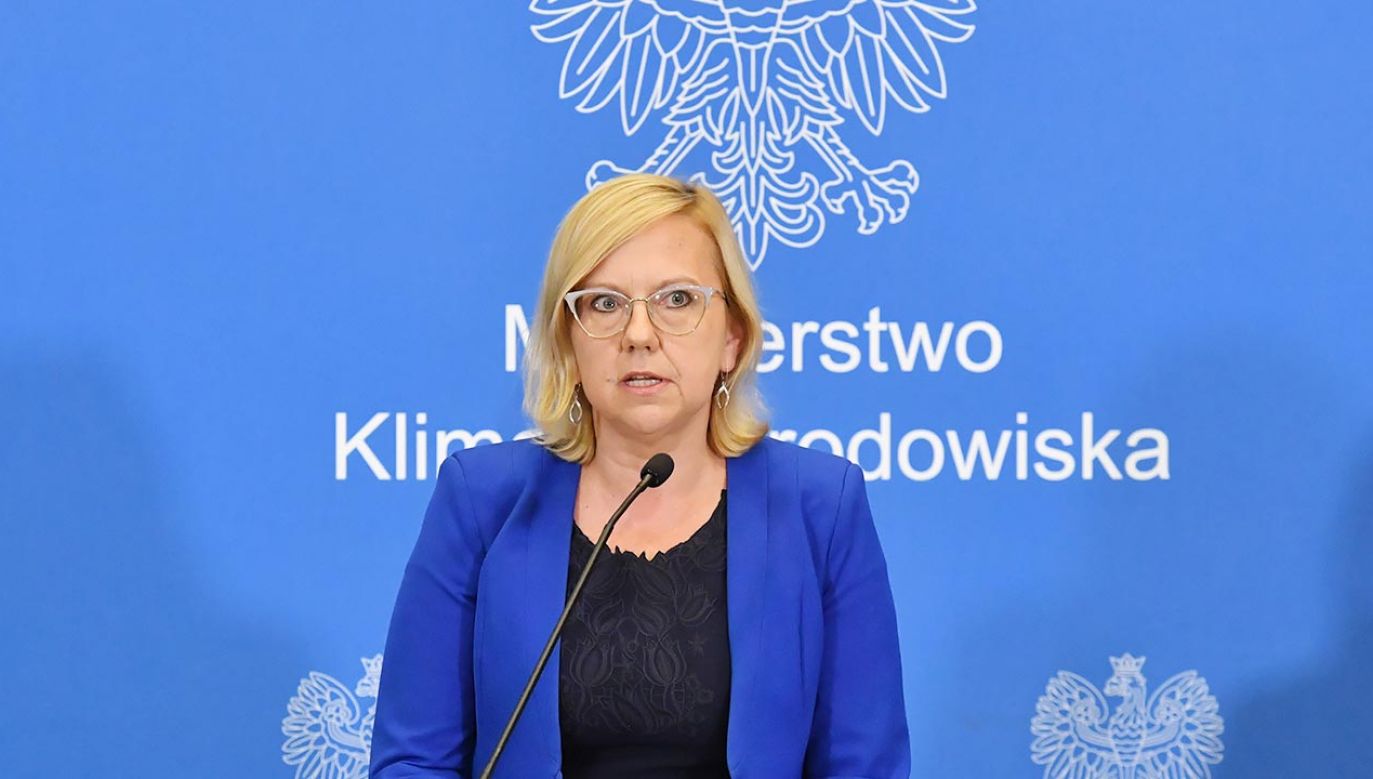 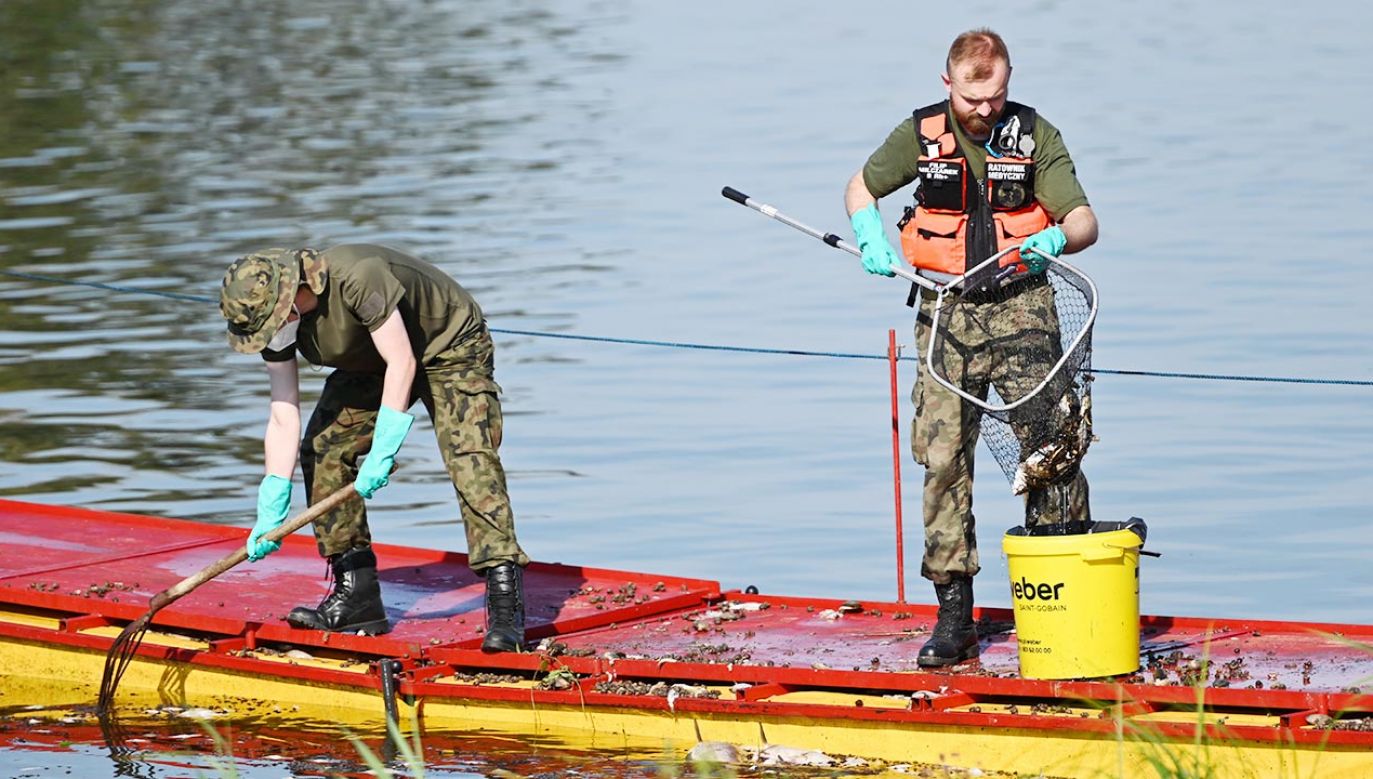 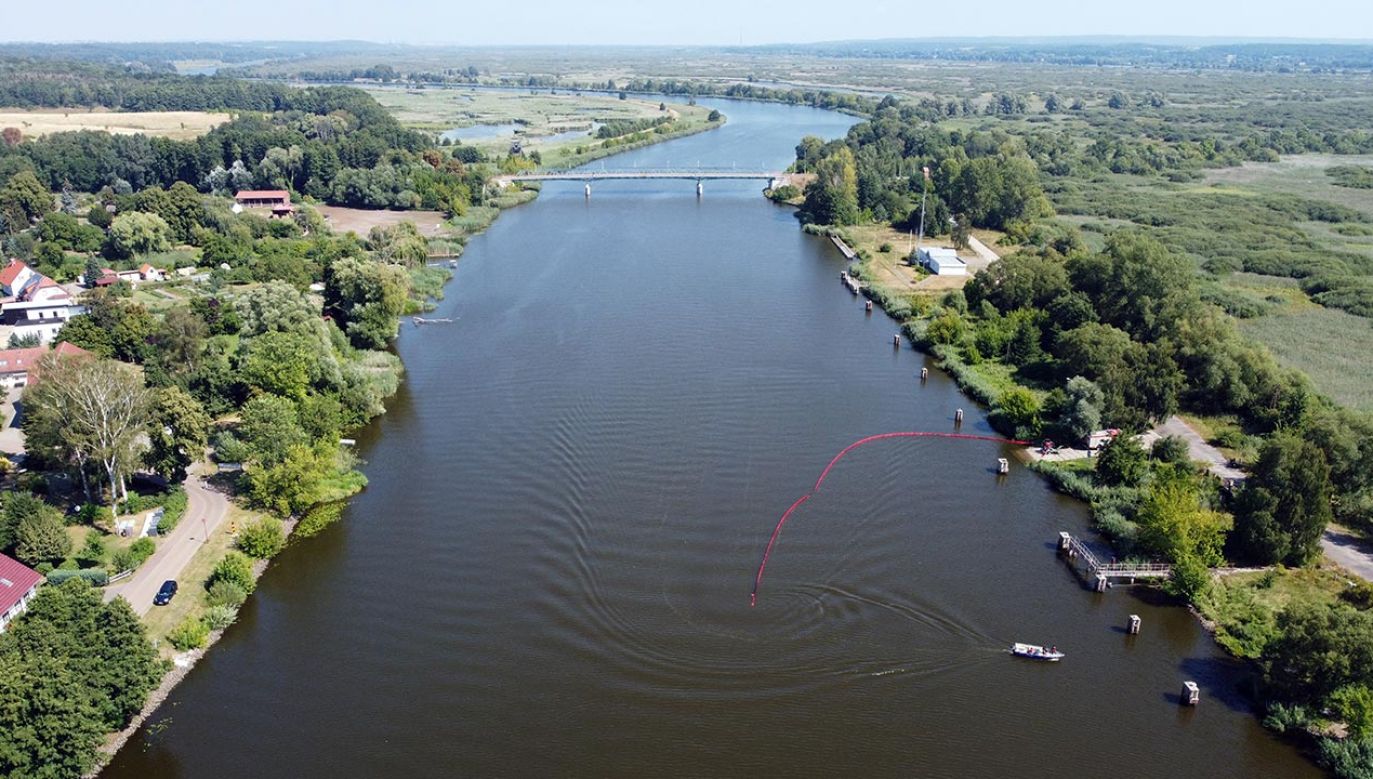